Menu
How to read listings and other FAQs

How to read listings?

Listings are sorted by most urgent and/or time-sensitive requests. When you read a listing, you will see the title that looks like this: ‘F(M01)’. Under the title, you will see the sum requested, how much of that sum has been fulfilled, and you can read more about the circumstances around the specific request. When you click ‘Contact Coordinator’, a drop-down section with the coordinators PayLah! QR Code and contact information will appear, and you can make your contribution to the listing through them. If you would prefer to make a recurring standing monthly contribution to migrant mutual aid, you can click ‘Contribute Now’ on our homepage and it will bring you to our Standing Solidarity Fund donation box.

You can also choose to filter listings by the categories below, to get a more customised view of our listings.

How are listings titled?

For example, if the listing is titled F (M01), ‘F’ is used as an alias of the worker’s name. ‘M’ corresponds with the type of need e.g. ‘M’ for Medical, ‘F’ for Food Insecurity, ‘P’ for Phone & Communications, and ‘A’ for Agent Fees. The number is the case number that we assign.

Why is the Excel tally different from the website tally?

What happens to listings when they are fulfilled?

Once the need is fully met, coordinators will make a final QR code transfer to the workers, and send us the transaction history of all individual contributions received from members of the public. We safekeep all this data.

Fulfilled listings are moved to a different page. We keep them on both the website and the excel sheet for transparency and accountability. If you happen to contribute to a listing that was recently fulfilled, your money will be redistributed to the next most urgent listing.

What happens when the requested sum is not fulfilled by the deadline?

We send the total amount fundraised to the worker at the point of the deadline.

What is the role of the coordinator?

The coordinator has two important roles.

What are the payment processing fees if I contribute to the Standing Solidarity Fund?

We use Stripe, which charges 3.4% + 50 cents per successful card charge. This means that if you choose to contribute $100, $96.10 is received by us and will be redistributed to workers on our listings.

100% of all funds received (from both direct transfers to coordinators & contributions to our Standing Solidarity Fund) are redistributed directly to workers on our listings.

‘VR’ is a 35 year old shipyard worker who took loans to pay for his father’s medical bills and funeral earlier this year. VR’s father battled with kidney issues and eventually passed away in July this year. VR took some of this loan with interest and is seeking support to pay off this debt by the end of this year, which is also when he plans to leave Singapore to head home and start a family.

VR’s loan was taken from personal friends and people in his village, and his mother also had to pawn her gold to afford her husband’s healthcare costs. With his monthly salary, he has to support his mother and grandmother, pay back his loans, and cover his daily expenses in Singapore.

Many workers like VR are in difficult situations where they are breadwinners for their family, yet cannot physically be present during times of need due to their work commitments thousands of miles away in Singapore. Unfortunately, VR only was able to apply for leave and reach India a day after his father had passed.

The low wages of migrant workers means that they often must take loans to cover any untoward expenses, such as illness and death in the family – as VR had to do here. On top of grief and bereavement, these events push migrant workers further into debt and financial precarity. Even when borrowed from friends and relatives rather than moneylenders, this debt tends to add another layer of stress due to the pressure it puts on personal relationships.

VR shared with us how dangerous his work is everyday as a cleaner at an oil chemical plant, where he operates a high pressure hydrojet to clean shipping equipment. He has worked in Singapore for 4 years and yet his monthly salary is only SGD 650, despite the risk undertaken & the skill set required for this job. In many parts of the world, high-risk jobs like these have risk pay factored into one’s salary. This is not the case in Singapore for most migrant labourers, mainly due to 1) Singapore’s use-and-discard treatment of migrant workers, which is emboldened by our labour policies; and 2) the lack of independent labour unions that can collectively bargain worker’s wages. As we organise towards systemic change, we must continue to make sure no individual is left behind in a system that places profit over people. We seek your solidarity in supporting VR’s dream of returning home debt-free so he can start his future family with a peace of mind. 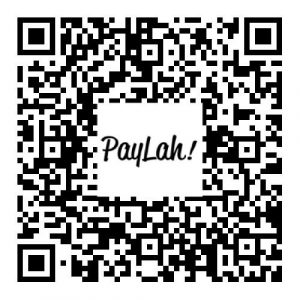 Send your contribution to the coordinator Melvin using the QR code above.

If you do not use PayLah!, contact Melvin via @Melvinongg to discuss other payment modes.

Please note that your PayLah! nickname will be reflected on the excel spreadsheet for accountability.

Send your contribution to the coordinator Melvin using the QR code above.

If you do not use PayLah!, contact Melvin via @Melvinongg to discuss other payment modes.

Please note that your PayLah! nickname will be reflected on the excel spreadsheet for accountability.

How can I contribute?

PayLah! our coordinators directly via the QR code on the Listings tab; or contact coordinators via Telegram for other ways to make a transfer to them.

Make a one-time or a monthly recurring payment to us on the payment box on the right (or below on mobile). SSF contributions go to a dedicated bank account where we will disburse funds accordingly to listings – prioritizing the most urgent cases – and towards supporting our ongoing fundraisers.